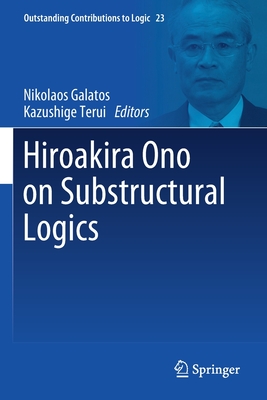 It further contains specialised contributions on connections to formal languages (recognizability in residuated lattices and connections to the finite embedding property), covering systems for modal substructural logics, results on the existence and disjunction properties and finally a study of conservativity of expansions. This book will be primarily of interest to researchers working in algebraic and non-classical logic.

Nikolaos Galatos received his BS from Aristotle University in Greece and is MS and PhD in Mathematics (2003) from Vanderbilt University in the US. He has held Assistant Professor positions at the Japan Institute of Science and Technology and at Vanderbilt University. Since 2007 he is employed at the University of Denver where he is Professor of Mathematics. His area of research is at the intersection of Universal Algebra, Algebraic Logic and Proof Theory. His work has focused on residuated lattices and substructural logics, exploring the interplay between order algebra and proof theory. He has published more than thirty research articles, served as an editor for a special issue, and coauthored a book.Kazushige Terui received his BA, MS and PhD in Philosophy (2002) from Keio University. He has been an Associate Professor at the National Institute of Informatics in Tokyo and many other visiting positions in Europe. Since 2008 he is an Associate Professor at the Research Institute for Mathematical Sciences at Kyoto University. His research interests and work areas include Non-classical Logics, Logics in Computer Science, Lambda Calculus, Type Theory, as well as implicit computational complexity. He has published more than thirty articles and served as a program committee member for numerous conferences.