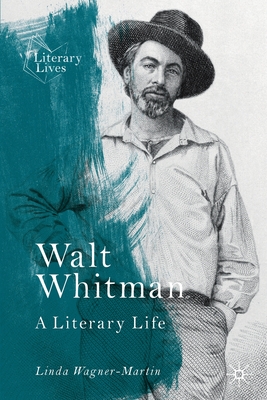 Walt Whitman: A Literary Life highlights two major influences on Whitman's poetry and life: the American Civil War and his economic condition. Linda Wagner-Martin performs a close reading of many of Whitman's poems, particularly his Civil War work (in Drum-Taps) and those poems written during the last twenty years of his life. Wagner-Martin's study also emphasizes the near-poverty that Whitman experienced. Starting with his early career as a printer and journalist, the book moves to the publication of Leaves of Grass, and his cultivation of the persona of the "working-class" writer. In addition to establishing Whitman's attention to the Civil War through journalism and memoirs, the book takes the approach of following Whitman's life through his poems. Utilizing contemporary perspectives on class, Wagner-Martin provides a new reading of Whitman's economic situation. This is an accessibly written synthesis of Whitman's publication history bringing attention to under-studied aspects of his writing.

Linda Wagner-Martin is Frank Borden Hanes Professor of English and Comparative Literature Emerita at University of North Carolina-Chapel Hill, USA. She has written and edited more than eighty books, has won a number of teaching awards, and such grants as the Guggenheim, the Senior National Endowment for the Humanities, ACLS, Ford, and Rockefeller--and been a fellow at Bellagio, Bogliasco, and the Radcliffe Institute. She was awarded the Hubbell Medal for Lifetime Service to American Literature. In the Palgrave Macmillan Literary Lives series, she has published works on Ernest Hemingway (2007), Emily Dickinson (2013), Sylvia Plath (2003), Toni Morrison (2015), and John Steinbeck (2017).