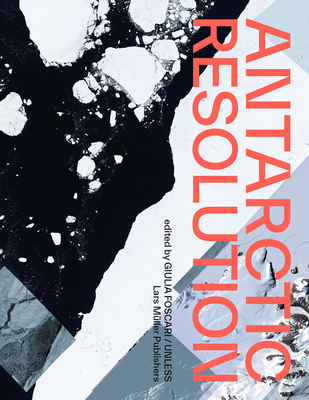 By Giulia Foscari (Editor), Unless (Editor)

A master plan for Antarctica

Accounting for approximately 10% of the land mass of Planet Earth, the Antarctic is a global commons we collectively neglect. Far from being a pristine natural landscape, the continent is a contested territory which conceals resources that might prove irresistible in a world with ever-increasing population growth. The 26 quadrillion tons of ice accumulated on its bedrock, equivalent to around 70% of the fresh water on our planet, represent at once the most significant repository of scientific data available, providing crucial information for future environmental policies, and the greatest menace to global coastal settlements threatened by the rise in sea levels induced by anthropogenic global warming.
Antarctic Resolution advocates the rejection of the pixelated view of Antarctica offered to us by big data companies and urges the construction of a high-resolution image focusing on the continent's unique geography, unparalleled scientific potential, contemporary geopolitical significance, experimental governance system and its extreme inhabitation model. Only the concerted determination of a transnational network of multidisciplinary polar experts--represented here in the form of authored texts, photographic essays and data-based visual portfolios--could construct such an image and reveal the intricate web of growing economic and strategic interests, tensions and international rivalries, which are enveloped in darkness, as is the continent for six months of the year.
Learning from Antarctica's spirit of cooperation, Antarctic Resolution aspires to launch a platform, an agency for change, where citizens can undertake a true Antarctic resolution and engage in a unanimous effort--independent of nation--to shape the future of the Antarctic and, in turn, of our planet.