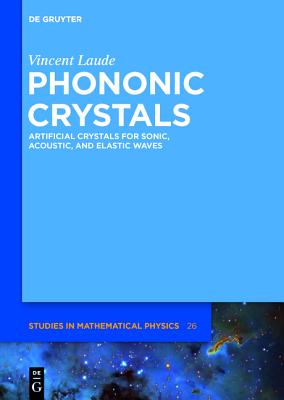 Phononic crystals are artificial periodic structures that can alter efficiently the flow of sound, acoustic waves, or elastic waves. They were introduced about twenty years ago and have gained increasing interest since then, both because of their amazing physical properties and because of their potential applications. The topic of phononic crystals stands as the cross-road of physics (condensed matter physics, wave propagation in inhomogeneous and periodic media) and engineering (acoustics, ultrasonics, mechanical engineering, electrical engineering). Phononic crystals cover a wide range of scales, from meter-size periodic structures for sound in air to nanometer-size structures for information processing or thermal phonon control in integrated circuits. Phononic crystals have a definite relation with the topic of photonic crystals in optics. The marriage of phononic and photonic crystals also provides a promising structural basis for enhanced sound and light interaction.

As the topic is getting popular, it is nowadays presented and discussed at various international conferences. After the first ten years during which the topic has remained mainly theoretical with a few proof-of-concept demonstrations in the literature, the evolution has been towards applications, instrumentation, and novel designs. The physical explanations for various effects are now well understood and efficient numerical methods and analysis tools have been developed.

The book contains a comprehensive set of finite element model (FEM) scripts for solving basic phononic crystal problems. The scripts are short, easy to read, and efficient, allowing the reader to generate for him(her)self band structures for 2D and 3D phononic crystals, to compute Bloch waves, waveguide and cavity modes, and more.