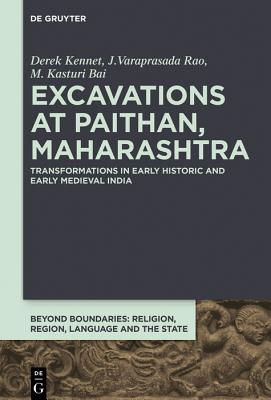 
Not On Our Shelves—Ships in 1-5 Days
This book reports on excavations at Paithan in India revealed the development of two early Hindu temples from the 4th century to the 9th: the key formative phase of Hinduism. The temples started as small shrines but were elaborated into formal temples. In relation to these changes, the excavations revealed a sequence of palaeobotanical and palaeofaunal evidence that give insight into the economic and social changes that took place at that time.
Derek Kennet, Durham University, U.K.