Reconfigurations of the Bildungsroman (Hardcover) 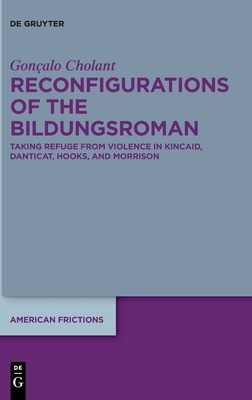 Reconfigurations of the Bildungsroman (Hardcover)


Not On Our Shelves—Ships in 1-5 Days
The present work deals with the representation of trauma and violence in coming-of-age stories written by African-American and Afro-Caribbean women authors in the United States. The kinds of violence explored in this work are related to the post-colonial condition the women protagonists experience, in which racism, sexism, classism, among other kinds of discrimination, are co-created in an intersectional experience of oppression. The titles analyzed in this work are: Lucy (1990), written by Jamaica Kincaid; Breath, Eyes, Memory (1994), written by Edwidge Danticat; Bone Black - Memories of Girlhood (1996), written by bell hooks; and God Help the Child (2015), written by Toni Morrison. The Bildungsroman genre serves as the form with which the authors are able to display the different forms of violence experienced during the the process of growing up female and black in the United States, and also in the Caribbean islands of Antigua and Haiti, in the cases of Kincaid and Danticat respectively. The coming-of-age stories written by women, and more specifically by African-American and Afro-Caribbean women, tend to showcase narratives in which the tensions between the protagonists' self-determination and the influence of social and cultural factors in their development opportunities are negotiated. The genre is adapted and subverted by the authors, deviating from its canonical European origins, becoming a site in which the authors are able to represent different kinds of violence, and the subsequent traumatic consequences caused by it.