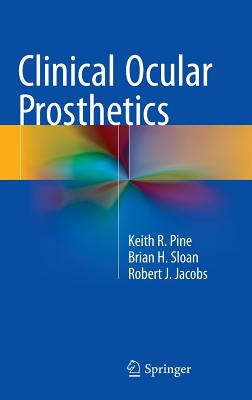 
Not On Our Shelves—Ships in 1-5 Days
Keith R. Pine, BSc (Psych), MBA, PhD (Optom), MIMPT, is a registered clinical dental technician who has made and fitted ocular prostheses for more than 35 years. He is currently the Director of the New Zealand Artificial Eye Service, an Honorary Research Fellow with the Department of Optometry and Vision Science, University of Auckland, and a member of the Institute of Maxillofacial Prosthetists and Technologists in the United Kingdom.Robert J. Jacobs, MSc, PhD Melb., GradDipBus LOSc, FAAO, is an Associate Professor in the Department of Optometry and Vision Science, University of Auckland, New Zealand. He is a Fellow of the American Academy of Optometry, an honorary member of the New Zealand Association of Optometrists, an Associate Editor of the journal Clinical and Experimental Optometry, and a Director of the Optometry Council of Australia and New Zealand. Brian H. Sloan, MB ChB, FRANZCO, works in both private and public practice and is an Honorary Senior Lecturer in the Department of Ophthalmology, University of Auckland, New Zealand (NZ). He has held fellowships in the subspecialty of Oculoplastic, Lacrimal, and Orbital Surgery in Melbourne, Australia; Cincinnati, Ohio, USA; and Vancouver, Canada. He is a Senior Inspector of Training Posts for the Royal Australian and NZ College of Ophthalmologists (RANZCO), and the immediate past Chairman of the RANZCO NZ branch Qualifications and Education Committee.