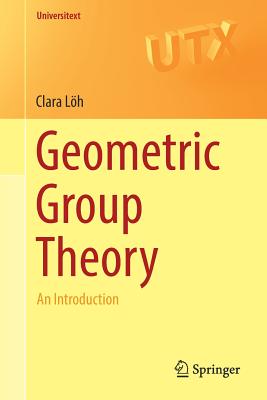 Inspired by classical geometry, geometric group theory has in turn provided a variety of applications to geometry, topology, group theory, number theory and graph theory. This carefully written textbook provides a rigorous introduction to this rapidly evolving field whose methods have proven to be powerful tools in neighbouring fields such as geometric topology.

Geometric group theory is the study of finitely generated groups via the geometry of their associated Cayley graphs. It turns out that the essence of the geometry of such groups is captured in the key notion of quasi-isometry, a large-scale version of isometry whose invariants include growth types, curvature conditions, boundary constructions, and amenability.

This book covers the foundations of quasi-geometry of groups at an advanced undergraduate level. The subject is illustrated by many elementary examples, outlooks on applications, as well as an extensive collection of exercises.