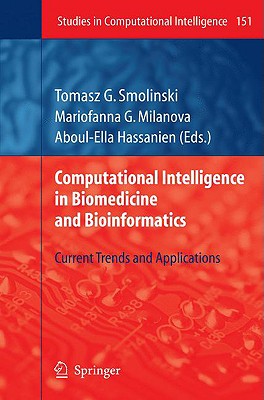 
Not On Our Shelves—Ships in 1-5 Days
For the past decade or so, Computational Intelligence (CI) has been an - tremely "hot" topic amongst researchers working in the ?elds of biomedicine and bioinformatics. There are many successful applications of CI in such areas ascomputationalgenomics, predictionofgeneexpression, proteinstructure, and protein-protein interactions, modeling of evolution, or neuronal systems mod- ing and analysis. However, there still are many problems in biomedicine and bioinformatics that are in desperate need of advanced and e?cient compu- tional methodologies to deal with tremendous amounts of data so prevalent in those kinds of researchpursuits. Unfortunately, scientists in both these ?elds are very often unaware of the abundance of computational techniques that could be put to use to help them analyze and understand the data underlying their research inquiries. On the other hand, computational intelligence practitioners are often unfamiliar with the particular problems that their algorithms could be successfully applied for. The separation between the two worlds is partially caused by the use of di?erent languages in these two spheres of science, but also by a relatively small number of publications devoted solely to the purpose of facilitating the exchange of new computational algorithms and methodologies on one hand, and the needs of the realms of biomedicine and bioinformatics on the other. Inordertohelp?llthegapbetweenthescientistsonbothsidesofthisspectrum, wehavesolicitedcontributionsfromresearchersactivelyapplyingcomputational intelligencetechniquestoimportantproblemsinbiomedicineandbioinformatics. The purpose of this book is to provide an overview of powerful state-of-the-art methodologiesthatarecurrentlyutilizedforbiomedicine-and/orbioinformati- orientedapplications, sothatresearchersworkinginthose?eldscouldlearnofnew methodstohelpthemtackletheirproblems. Ontheotherhand, wealsohopethat the CI community will ?nd this book useful by discovering a new and intriguing area of applications.