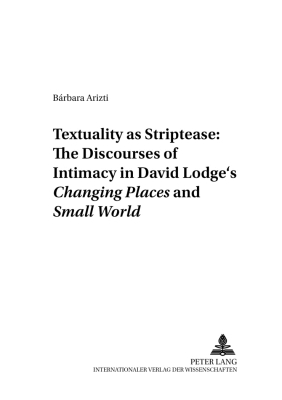 This is book number 20 in the Anglo-Amerikanische Studien / Anglo-American Studies series.

The book analyses how David Lodge's Changing Places and Small World relate to the sphere of the intimate in the decades in which they were written, published and read. The analysis of the novels is preceded by an approach to Lodge's work and a theoretical section which looks at the concept of intimacy, the evolution of intimate practices in the sixties, seventies and eighties and the connections between intimacy and literary genre. This leads on to a study of Changing Places and Small World in their intimate contexts and an exploration of their links with the genres of comedy and romance. The author uncovers significant ideological differences between the two novels, which have often been lumped together by the critics.