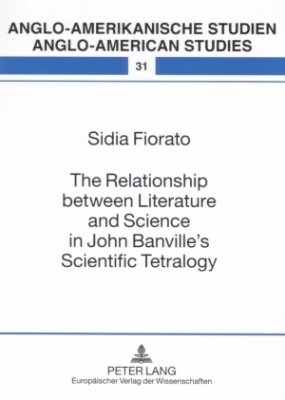 This is book number 31 in the Anglo-Amerikanische Studien / Anglo-American Studies series.

Starting from the debate between the two cultures, the book analyzes the relationship between literature and science in the last years of the twentieth century in the light of scientific theories which universally underline both their indeterminacy and their lack of universal values (Relativity Theory, Quantum Mechanics, the Uncertainty Principle, Chaos Theory). Scientific theories are echoed in literary texts but also a reverse influence from literature to science has taken place. In his scientific tetralogy John Banville analyzes the figures of those scientists who contributed to a paradigm shift in the world view from the early modernity to the present. His interest is not exclusively focused on epistemology but rather on the creative mind of the scientist. Science appears to follow the same epiphanic creative process as literature in its understanding of, and theorizing upon, an enigmatic sort of reality.
The Author: Sidia Fiorato works in the English Department of the University of Verona. Her fields of research are Literature and Science, Contemporary Literature, and Detective Fiction. She already published a monograph on Peter Ackroyd.