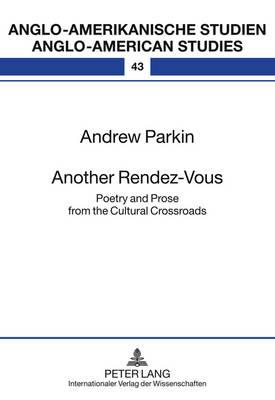 This is book number 43 in the Anglo-Amerikanische Studien / Anglo-American Studies series.

This book is a follow-up to the author's previous Peter Lang book, The Rendez-Vous: Poems of Multicultural Experience (2003). The new book contains recent poetry and prose by Andrew Parkin, together with the prefaces to two new longer poems. The Gourds is based on a collection of small Chinese gourds etched to depict scenes from literature and legend. Star of a Hundred Years is a dramatic ode dedicated to the father of Hong Kong cinema, Sir Run Run Shaw, who is more than one hundred years old and whose lifetime coincides with the history of film. The ode is thus cast in the form of a film scenario; this creates a scenariode, a new sub-genre of verse. There are also lyrics and prose poems as well as fiction, all involving cross-cultural experience found in a variety of places in different countries. A sequence of flashes reveals the past as not only another country but also another culture, contrasting with our contemporary lives in certain ways. The mixture of genres and the way they contrast with one another reflect at times the post-modern moment in literature. And again, in the continuum and fragmented flashes of memory, it becomes evident that many of us now live as international and trans-cultural people.