Regional Development Research in China: A Roadmap to 2050 (Paperback) 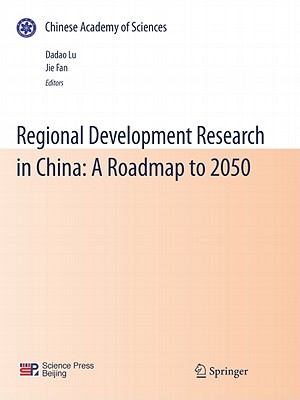 Regional Development Research in China: A Roadmap to 2050 (Paperback)


Not On Our Shelves—Ships in 1-5 Days
As one of the eighteen field-specific reports comprising the comprehensive scope of the strategic general report of the Chinese Academy of Sciences, this sub-report addresses long-range planning for developing science and technology in the field of regional development research. They each craft a roadmap for their sphere of development to 2050. In their entirety, the general and sub-group reports analyze the evolution and laws governing the development of science and technology, describe the decisive impact of science and technology on the modernization process, predict that the world is on the eve of an impending S&T revolution, and call for China to be fully prepared for this new round of S&T advancement. Based on the detailed study of the demands on S&T innovation in China's modernization, the reports draw a framework for eight basic and strategic systems of socio-economic development with the support of science and technology, work out China's S&T roadmaps for the relevant eight basic and strategic systems in line with China's reality, further detail S&T initiatives of strategic importance to China's modernization, and provide S&T decision-makers with comprehensive consultations for the development of S&T innovation consistent with China's reality. Supported by illustrations and tables of data, the reports provide researchers, government officials and entrepreneurs with guidance concerning research directions, the planning process, and investment. Founded in 1949, the Chinese Academy of Sciences is the nation's highest academic institution in natural sciences. Its major responsibilities are to conduct research in basic and technological sciences, to undertake nationwide integrated surveys on natural resources and ecological environment, to provide the country with scientific data and consultations for government's decision-making, to undertake government-assigned projects with regard to key S&T problems in the process of socio-economic development, to initiate personnel training, and to promote China's high-tech enterprises through its active engagement in these areas.