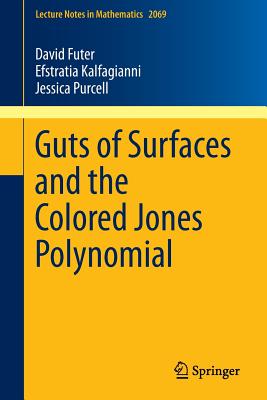 
Not On Our Shelves—Ships in 1-5 Days
This monograph derives direct and concrete relations between colored Jones polynomials and the topology of incompressible spanning surfaces in knot and link complements. Under mild diagrammatic hypotheses, we prove that the growth of the degree of the colored Jones polynomials is a boundary slope of an essential surface in the knot complement. We show that certain coefficients of the polynomial measure how far this surface is from being a fiber for the knot; in particular, the surface is a fiber if and only if a particular coefficient vanishes. We also relate hyperbolic volume to colored Jones polynomials. Our method is to generalize the checkerboard decompositions of alternating knots. Under mild diagrammatic hypotheses, we show that these surfaces are essential, and obtain an ideal polyhedral decomposition of their complement. We use normal surface theory to relate the pieces of the JSJ decomposition of the complement to the combinatorics of certain surface spines (state graphs). Since state graphs have previously appeared in the study of Jones polynomials, our method bridges the gap between quantum and geometric knot invariants.