111 Places in Brighton & Lewes That You Shouldn't Miss Revised (Paperback) 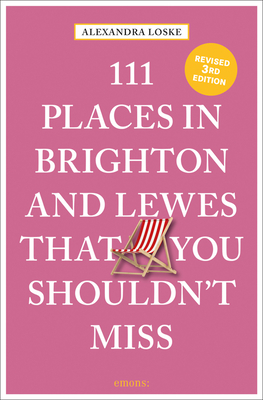 111 Places in Brighton & Lewes That You Shouldn't Miss Revised (Paperback)


Special Order—Subject to Availability
Dr Alexandra Loske is an art historian and curator with a particular interest in late 18th- and early 19th-century European art and architecture. She has been working at the University of Sussex since 1999 and at the Royal Pavilion in Brighton since 2008. She has curated a number of exhibitions and displays, including ones on Regency Colour, exotic and non-native animals, local history and the life and times of Jane Austen. She has lectured and published widely on colour history and related topics, appeared as an art historian on many TV and radio programmes, has organised conferences and writes regularly for local and national magazines, as well as the official Brighton Museums blog.