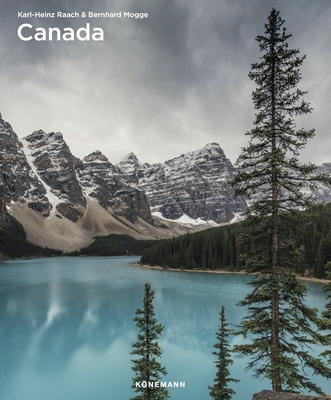 
Not On Our Shelves—Ships in 1-5 Days
In over 500 pictures, this volume shows the multifaceted wilderness of Canada.

Canada borders the USA in the south and the Arctic Circle in the north. This results in a landscape diversity with endless forest areas in the south and ice and rock areas in the north, beyond the Arctic tree line. These include the Banff National Park in the Rocky Mountains, famous for its numerous lakes, and the Niagara Falls on the border with the USA. The metropolis Toronto, Vancouver on the west coast, as well as the French-speaking cities Montreal or Quebec and the capital Ottawa are included.
Photographer Karl-Heinz Raach specializes in travel topics. His pictures have already appeared in numerous illustrated books and renowned magazines. Together with his wife he runs the Foto-Edition-Raach in Freiburg. Bernhard Mogge worked for many years.