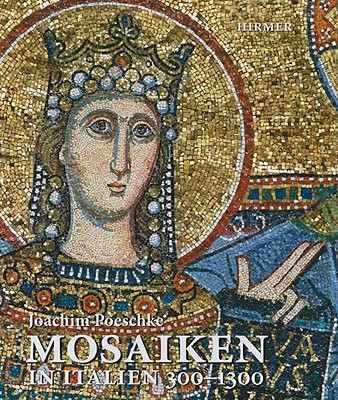 
Special Order—Subject to Availability
The early Christian and medieval mosaics in Italy are among the most artistic creations of their time. Richly endowed with magnificent color plates, this opulent volume draws on 19 outstanding mosaic decorations to present a comprehensive panorama of this spectacular form of art. Early Christian apse mosaics and mosaic cycles provided for monumental beginnings to Christian pictorial art. Although supplemented by new images since the 12th Century, the early Christian themes were held in high regard up through the Middle Ages. During the Middle Ages, the mosaic's stylistic devices already showed a transcendental-Christian compliant world view. The author's knowledge becomes apparent in his descriptions of the development of mosaic art in Italy, whose centers during the early years were found in Rome and Ravenna. Since the 6th century, the presentations see an increasingly byzantine influence. After a prolonged interruption there came a brief revival in Rome around the year 800, but mosaic art only reached full fruition during the 12th and 13th centuries when, in addition to Rome, mosaic cycles became evident in Venice, Sicily, and Florence. These drew heavily from byzantine inspiration. German text.