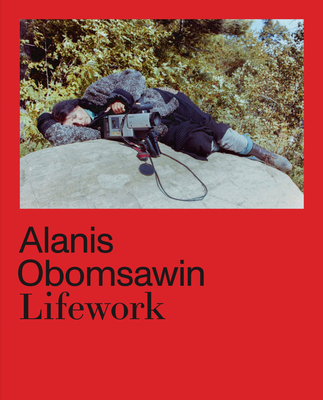 
Special Order—Subject to Availability
One of today’s most important documentary filmmakers, Alanis Obomsawin has dedicated her life’s work to shining a light on the injustices experienced by Canada’s Indigenous peoples. This retrospective monograph features an extensive interview with Obomsawin and includes images and written reflections on her entire career, including her most recent series devoted to the rights of Indigenous children.


Never shying away from controversy, Obomsawin’s films have played a critical role in exposing ongoing systemic bias toward Indigenous populations—from fishing rights and education to health care and treaty violations. Obomsawin is also a graphic artist, and she incorporates her often dream-inspired etchings and prints into many of her films. The book includes illuminating essays exploring Obomsawin’s practice and mission as well as personal commentary from collaborators, archival material, and photographs from the filmmaker’s personal life and professional practice. As Obomsawin approaches her ninth decade of life—fifth behind the camera—this beautifully illustrated record of her astounding body of work is an inspiring celebration of the power of film to change the course of history.

Richard William Hill is a Canada Research Chair in Indigenous Studies at Emily Carr University of Art + Design in Vancouver, BC.