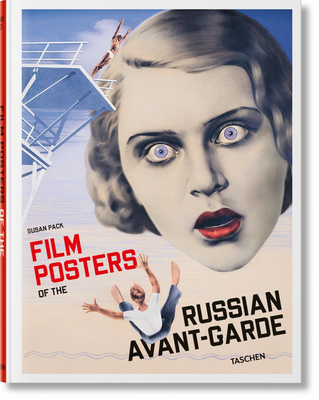 At the intersection of the visual, graphic, and cinematic arts, film posters are a unique and thrilling record of a particular cultural Zeitgeist. This book brings together 250 posters from the Soviet Union of the 1920s and early 1930s to explore the energy and invention of this period, before Soviet Realism became the official art doctrine.

Drawn from the private collection of connoisseur Susan Pack, the selection includes the work of 27 different artists. From bold figuration to architectural elements, each artist displays a distinct style and aesthetic, as much as they collectively eschew the glamour of Hollywood for more stark, striking, even challenging images, often marked by unusual angles, dynamic compositions, and startling close-ups.