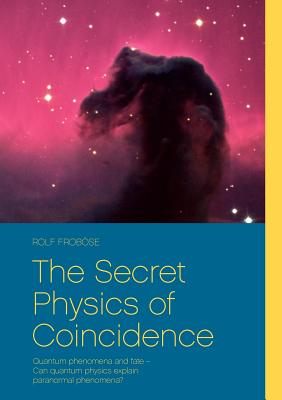 
Not On Our Shelves—Ships in 1-5 Days
(This book cannot be returned.)
Who isn't familiar with the infamous "Inspector Chance", who always appears unannounced? Does the unexpected only seem like a coincidence because we are unaware of the complex order behind it? The question cannot be answered by a simple "yes" or "no". Instead, the author hopes to show that coincidence has two very different faces. One of them reveals the trivial side. The other, in contrast, is "coincidence of a higher order", which is no longer truly a coincidence. Rather, it is based on connections that science is just beginning to discover. To allow the reader to better understand the sections related to supernatural phenomena, the author has created two physicists to accompany the reader, they are Al and Zach. Whereas Al vehemently defends the "traditional side", Zach is among the avantgarde in his field, who does not view the phenomena represented here as taboo and who attempts to reconcile such phenomena using the discoveries of modern quantum physics. Let yourself be carried away - not only while reading these incredible stories of coincidence, but by the exciting discussion as well, which is free of prejudice and does not attempt to place mysticism on a scientific platform. Following his studies in chemistry, Dr. Rolf Frob se worked as a research assistant at the Max Planck Institute, was division manager at technology magazine highTech and chief editor of the journals Chemie Industrie and Europa Chemie. Since 1995, he has worked as a freelance science and economic journalist, reporting on research and technology issues. He has also penned numerous popular non-fiction books, including The Secret Physics of Coincidence and Lust und Liebe - alles nur Chemie? (Lust and Love - Is it more than Chemistry), (Wiley-VCH, 2004). The latter was written in collaboration with his wife Gabriele and has been translated into English, Spanish, Danish and Korean.