Concealed: She's Got a Gun (Hardcover) 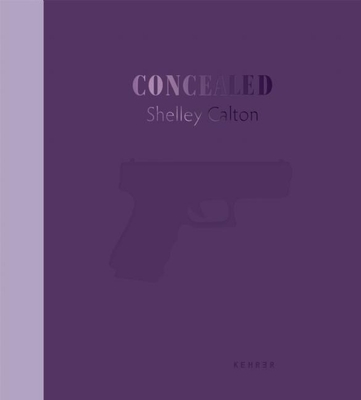 Concealed: She's Got a Gun (Hardcover)

Shelley Calton, author of Hard Knocks: Rolling with the Derby Girls (Kehrer Verlag, 2009), is continuing her exploration of feminine subcultures in Texas, focusing on women and handguns. The majority of the women she has photographed have a concealed handgun license which allows them to carry a handgun covered on their body for protection. Often times they are unexpected gun owners, a young mother or a grandmother. Growing up in Texas gun culture, where there are an estimated two guns for every person in the state, these women are quite comfortable with their handguns.

Houston-based photographer Shelley Calton had her first book, Hard Knocks: Rolling with the Derby Girls published in 2009. She has had several solo exhibitions and has been included in many group exhibitions. Her work is in the collection of the Museum of Fine Arts Houston, as well as many private collectors. She has studied with many well-known photographers, among them Keith Carter and Debbie Fleming Caffery. A former Vice President of the Houston Center for Photography and auction chair for three consecutive years, she still serves on its board of directors. Laurence Butet-Roch (b. 1985, Montreal, Canada) is a freelance photographer, writer and photo editor.