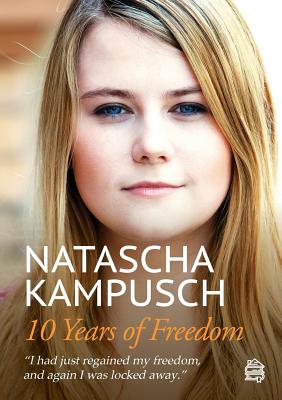 In late October 2006, one of the most spectacular kidnapping cases of the younger past had come to end, when Natascha Kampusch freed herself after being held captive in a hidden cellar (near Vienna, Austria) for more than eight years. Media companies from all over the world came to cover her life story, which has taken quite some twists since then. The result: two autobiographies, a feature film, several documentaries and hundreds of interviews - all within a decade.

"10 Years of Freedom" offers us an insight into the impact such a nightmarish captivity has on a young woman's life. It tells the story of a naive victim, that had to learn to cope with the real world after being locked away for her whole youth. The author spans a wide range of themes from her first days in freedom and the turbulent times after gaining it again to a never-ending trauma, which she will have to deal with for the rest of her life. Natascha declares that she wasn't prepared to be a public figure after all, but was suddenly confronted with a heavy and controversial media coverage (including speculations by reporters regarding Stockholm syndrome and roleplaying, along with being labelled "cellar girl" and "sex slave"). Also, wild conspiracy theories gained popularity, resulting in several trials and review boards (including police and FBI investigations). Despite everything, she found certain ways to reconnect with her family and even founded/initiated several charity projects (e.g. the creation of a children's ward in Sri Lanka or the support of PETA, an organisation for animal rights).

"Your book is remarkable. 10 Years of Freedom, I urge everyone to read it." - Piers Morgan, ITV