Goethe in the Skyways (Paperback) 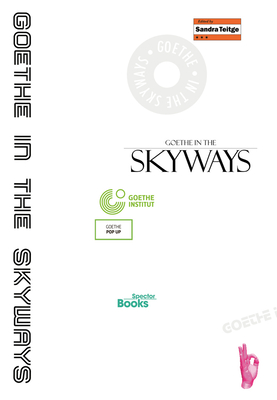 Goethe in the Skyways (Paperback)

As part of the Year of German-American Friendship 2018/19, the Goethe Pop Up Minneapolis, titled Goethe in the Skyways, occupied a space in the city's futuristic-looking Skyway system--an artificial network of arcades and pedestrian bridges that was constructed in the 1960s to connect the office buildings in the city center with one another and allow people to avoid the bitter cold of winter.

Despite being used and perceived as public spaces, the Skyways are all privately owned, thus symbolizing "public" life in the US, both within politics and business, and in the realms of sport and culture. In this hybrid private-public setting, Goethe in the Skyways was used as a platform for a critical examination of cultural and political controversies in the US and Europe. The publication documents the one-year cultural program.