Mah Jongg: The Art of the Game: A Collector's Guide to Mah Jongg Tiles and Sets (Hardcover) 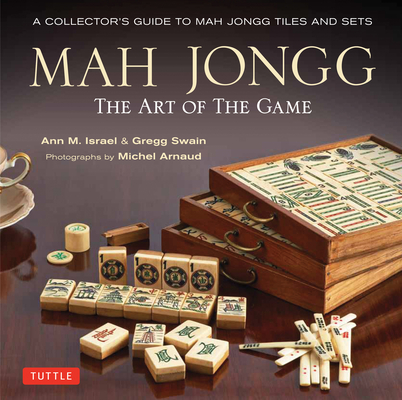 Mah Jongg: The Art of the Game: A Collector's Guide to Mah Jongg Tiles and Sets (Hardcover)


Not On Our Shelves—Ships in 1-5 Days
I thoroughly enjoyed this book. Whether used as a reference or a beautiful keepsake, it's a very worthy addition to the world of Mah Jongg. --Ruth Unger, President, National Mah Jongg League This is the first book to fully capture the story of the exotic and exciting game of Mahjong or Mah Jongg, offering an intimate look at the history of the game as well as the visual beauty of the tiles. When authors Ann Israel and Gregg Swain began playing Mahjong, they were unaware of the vintage collections that existed not only in the United States but also across the globe. Slowly, they started to collect their own sets of Mahjong and as their collections grew, so did their appreciation of the history of, and interest in, the game. Finding few references, Israel and Swain set out to create a book that chronicles the early beginnings of the game and documents Mahjong sets from the most basic, made of paper, to the most precious materials such as ivory and mother-of-pearl. Recognized and respected scholars and game experts have collaborated with Israel and Swain, contributing essential chapters on the game's history and its pieces as well as technical information on the tiles. Lastly, prominent collectors from around the globe have shared their incredible sets and memories for the first time in one book for everyone to enjoy. With hundreds of beautiful new images by renowned photographer Michel Arnaud, and including historical documentation and ephemera, Mah Jongg: The Art of the Game fills the void between the past's and today's game, providing vision, inspiration and resources. Anyone who has ever been intrigued by a Mahjong tile will find in these pages visually stunning photographs that will entice them into becoming an enthusiast of the timeless game of Mahjong.
Ann Israel grew up in Detroit and now lives in New York City. She has been writing Advice for the Lawlorn, a weekly syndicated column for attorneys, published by American Law Media since 1994. Gregg Swain grew up, and continues to live, in New York City, where she developed her love and knowledge of art. She loves Mah Jongg because it allows her to socialize with close friends while playing with beautiful tiles.