Winds of Change: Environment and Society in Anatolia (Paperback) 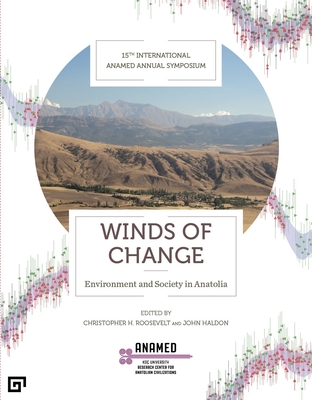 Winds of Change: Environment and Society in Anatolia (Paperback)


Special Order—Subject to Availability
Understanding the varied and dynamic interactions between environment and society in Anatolia.

In recent decades, the influences of environmental and climatic conditions on past human societies have attracted significant attention from both the scientific community and the general public. Anatolia’s location at the conjunction of Asia, Europe, and Africa and at the intersection of three climatic systems makes it well suited for the study of such effects. In particular, Anatolia challenges many assumptions about how climatic factors affect the socio-political organization and historical evolution, highlighting the importance of close collaboration between archaeologists, historians, and climate scientists.

Integrating high-resolution archaeological, textual, and environmental data with longer-term, low-resolution data on past climates, this volume of essays, drawn from the fifteenth International ANAMED Annual Symposium (IAAS) at Koç University’s Research Center for Anatolian Civilizations, showcases recent evidence for periods of climate change and human responses to it, exploring the causes underlying societal change across several millennia.
Christopher H. Roosevelt is professor in the Department of Archaeology and History of Art and director of the Research Center for Anatolian Civilizations at Koç University (ANAMED) in Istanbul.

John Haldon is the Shelby Cullom Davis ‘30 Professor of European History emeritus and director of the Climate Change and History Research Initiative at Princeton University. He is the author of many books, including The Empire That Would Not Die: The Paradox of Eastern Roman Survival, 640–740.