Where (on Earth) did the Enneagram come from? (Paperback) 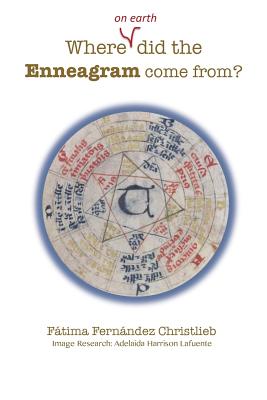 Where (on Earth) did the Enneagram come from? (Paperback)

Perhaps the history we seek begins in Uruk, a settlement on the Eastern bank of the Euphrates, 225km from modern Baghdad. Uruk, which may be the origin of the modern country-name Irak, was at its height in the 3rd millennium BCE and is important to this history because there was a temple there (Cassin et al, 1982: 42), that is to say, a place of meeting for the human community, an incipient vestige of a great civilization: the Chaldean and the Babylonian. This city is described at the beginning of one of the oldest jewels of literature: the epic poem of Gilgamesh, who was at one time King of Uruk. As we will see, this relic of Mesopotamian culture would be mentioned by John Bennett, one of Gurdjieff's disciples.

The ancient world, in which the wisdom of the Enneagram was forged, was not divided into nation states, nor were the frontiers between countries those that we know today. Knowledge flowed, sooner or later, between those truly interested in the fundamental questions of human beings and of the world. In spite of the --for us-- precarious modes of transport, in the centuries before the common era there was a great exchange of information and practices between those who sought to further the development of the mind and the potential of men and women.

The categorical division between East and West clouds our perception of reciprocal influences in ancient times. There is evidence of contact, for example, between the Chinese and the area where we are going to focus a great deal of our attention: Turkestan. An outstanding scholar of Taoism, doctor of philosophy and translator of the Tao Te Ching into Spanish, I aki Preciado writes "Towards the end of the 3rd Millennium BCE, as a result of the Huaxia expansion, some tribes that had until then lived on the plains of central China, were expelled and had to move to the lands of present day Turkestan... According to another version, a chief of the Zhou tribes sent one of his advisors to the region of the Pamir where he founded a kingdom" (Lao Ts Preciado], 2012: 45). Both accounts refer to areas in which Gurdjieff travelled before he founded his school; at the same time they are an example of how relative historical statements can be.

There are also similarities - though not necessarily through direct contact - between Greek and Chinese writings in the 5th century BCE: "... there are no fundamental differences in Eastern and Greek thought during the Pre-socratic period. It is from Plato and Aristoteles onwards, and more specifically from Euclides and Archimedes, that Greek thought takes a new turn which becomes decisive for the Western world" (Garc a, 2000: 188).

In antiquity knowledge had a locatable origin, but as it developed the different authors' tracks become blurred as cultures, learning and behavior blend. Unless defending a specific cause, religion, ethnicity or sect, those who seek the roots of the Enneagram must agree that the confluence of different forms of knowledge has given us all we know today.

The last 25 centuries of humanity present a history of mixtures, fusions and coincidences of discovery in one place or other. It is also a record of hostilities, comparisons of different approaches, of battles to gain leadership for a chief or an author.