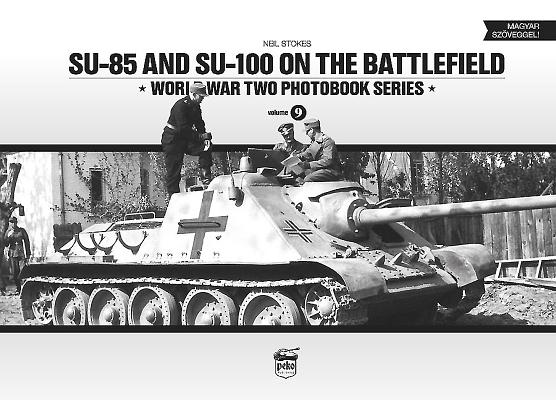 This is book number 9 in the World War Two Photobook series.

The SU-85 and SU-100 self-propelled guns were based on the proven chassis of the T-34 Medium Tank, and were used primarily in the antitank role. From mid-1943 onward, the SU-85 gave the Soviet forces a useful tank destroyer with a significant firepower advantage over the T-34's 76.2mm gun. With the introduction of the T-34/85 in early 1944, the SU-85 design was upgraded with a 100mm gun to retain its firepower advantage, though a shortage of 100mm guns led to a number of improved hulls being armed with 85mm guns as the SU-85M. This book provides a pictorial history of the development and combat deployment of the SU-85, SU-85M and SU-100, illustrated with around 100 photographs.