Gandhi's concept of religion and morality is a philosophical study (Paperback) 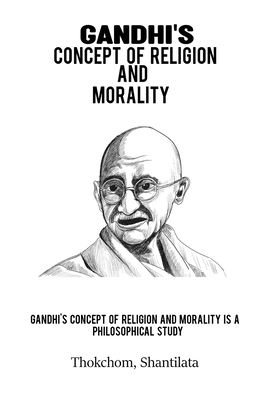 Gandhi's concept of religion and morality is a philosophical study (Paperback)

INTRODUCTION The life and works of Mohondas Karamchand Gandhi, popularly known as Bapuji, the father of Indian nation, have been extensively discussed by many scholars. However, there are still many unexplored virgin areas that require further study. Gandhi's thought on religion is one such area. Religion is of primary importance in understanding Gandhi's life. Religious thought inspired him to work for the swaraj of the whole nation and dedicate his own life for the humanity. Understanding his conception of religion is necessary for understanding his philosophy of life and action. He interpreted the secular sphere of life in moral and religious terminologies. His approach is experimental, critical and rational. He intended to renew the moral and spiritual culture of Indian civilization and bring a gradual and subtle transformation in human life by emphasizing the ethico-religious principles of truth and non-violence. He was an inspiring spiritual leader with a strong religious bent of mind. Although in his writings he stated that he was neither constructing any new system of philosophy of life nor a new religion, and that he was neither teaching any new creed nor propounding any new sect, we find a common underlying thread running through all of them,