Feasibility, Acceptance And Effectiveness Of Dignity Therapy Among Palliative Cancer Patients And Their Caregivers (Paperback) 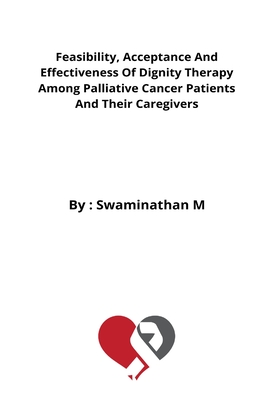 Feasibility, Acceptance And Effectiveness Of Dignity Therapy Among Palliative Cancer Patients And Their Caregivers (Paperback)

INTRODUCTION "Cancer is a Leading Cause of Death Worldwide" - (World Health Organization, 2008) 1.1. Introduction to Cancer Cancer is a condition in which some cells in the body grow uncontrollably and many a times, spread and scatter to other parts of the body by a process called metastasis. Usually human cells grow and divide to form new cells as the body needs them, when this cell grows older become damaged and die, new cells are developed. When cancer occurs, this process is disturbed. As cells become increasingly abnormal, the old cells which are supposed to die survive and new cells forms when they are not needed at all. Theses extra cells which proliferate in an uncontrolled way without stopping forms growths called tumors. Cancers are genetic disease that is, caused due to the changes of genes that control the way our cell functions, especially how they grow and divide. This increasing abnormality in the growth of cells is harmful not only because it replaces healthy cells in organs, but also transforms our body's biochemistry leading to symptoms of cancer such as unexplained weight loss and a compromised immune system ultimately leading to death,