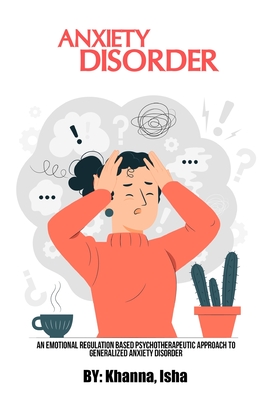 Generalized anxiety disorder (GAD) Generalized Anxiety disorder is a chronic, complex and crippling anxiety disorder that has uncontrollable and excessive worrying as its hallmark characteristic. The prevalence of Generalized anxiety disorder (GAD) is very high in the general population. Also, this disorder is known to be the second most frequently occurring mental health disorder in primary care hospitals (Barrett et al., 1988, Wittchen et al., 2002). In GAD, worrying is experienced as uncontrollable and is pervasive in nature (Davey, Eldridge et al., 2007; Paulesu et al., 2010). In those afflicted with GAD, this form of excessive worrying is often accompanied by physical symptoms such as trembling, muscle tension, headaches, irritability, palpitations etc. GAD sufferers are reported to spend most of their waking hours worrying about multiple big and small things. Another important feature of worrying in GAD, is that it is disproportionate to the magnitude of the actual threat posed by a situation. GAD sufferers live in the anticipation of some catastrophe looming in their lives and are just unable to relax themselves and live in a perpetual state of anxiety. GAD sufferers evince a threatening attentional and interpretive bias. They are inclined to pay attention to threatening information and tend to interpret emotionally ambiguous information as threatening (Beck and Clark, 1997; MacLeod and Rutherford, 2004; Hayes and Hirsch, 2007). GAD had bewildered both researchers and clinicians in the past. It was considered as a mild disorder of the "worried well" (Newman et al., 2013), but with the passage of time and in the light of ever advancing scientific enquiry, GAD has proven to be a complex disorder which is elusive in nature. Worrying in GAD lacks a clear and specific focal point or narrow range of feared stimuli, whereas in the case of other anxiety disorders like phobia, fear is regarding a particular or clearly identifiable thing or situation, or like the case of OCD, where there is specific fear, like fear of contamination. The anxiety which is characteristic of generalized anxiety disorder, is by nature, diffuse and is characterized by a generalized feeling of apprehensiveness,