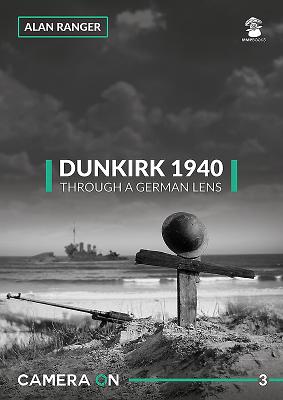 This is book number 3 in the Camera on series.

This new photo album, one of first in the MMPBooks/Stratus "Camera On" series, contains 200+ photos of the Battle for Dunkirk - from the German perspective. The photos, mostly unpublished before now, are from German sources, including private photos taken by German soldiers. They cover the retreat to Dunkirk, the battles for the town and beaches, and the aftermath of the evacuation. Vehicles, equipment, ships and aircraft are all covered. A compelling new perspective on this classic battle, this book is an invaluable reference for military historians and modellers alike.