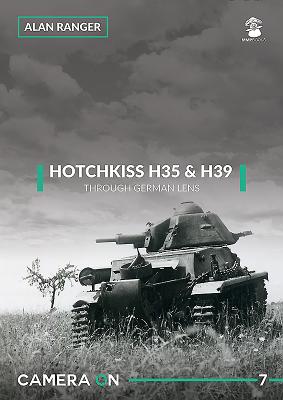 This is book number 7 in the Camera on series.

The Hotchkiss H35 or Char l ger mod le 1935 H was a French cavalry tank developed prior to World War II. From 1938 an improved version was produced with a stronger engine, the Char l ger mod le 1935 H modifi 39, which from 1940 was also fitted with more powerful 37 mm gun. About 500] Hotchkiss tanks were captured and used by the Germans as Panzerkampfwagen 35H 734(f) or Panzerkampfwagen 39H 735(f), most of them for occupation and assigned to police units or second line logistic support troops. This profusely illustrated photo album includes over 90 period photos, many previously unseen from private sources in Germany.