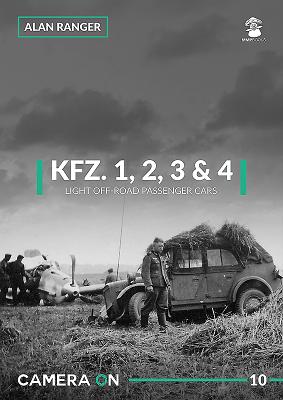 This is book number 10 in the Camera on series.

The leichter gel ndeg ngiger Personenkraftwagen, or l. gl. Einheits-Pkw - light off-road passenger cars - were manufactured by Stoewer, Hanomag and BMW from 1936 to early 1944. The superstructures were delivered by ten different companies and were identical from each manufacturer. Early versions had both 4-wheel drive and steering which later was dropped to just 4 wheel drive and front wheel steering. These off road cars were used by the German Army in 4 distinct versions with the designations Kfz. 1, Kfz. 2, Kfz. 3 and Kfz. 4 This profusely illustrated photo album includes over 120 previously unseen pictures, many from private sources in Germany.