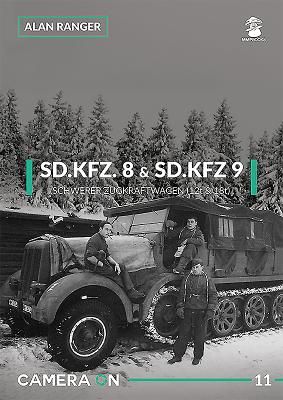 This is book number 11 in the Camera on series.

During WW2, the German armed forces were by far the greatest user of half-track vehicles. Such vehicles were used in the Wehrmacht, Luftwaffe and Waffen-SS, where they served as personnel carriers, tractors, combat engineering vehicles, as well as self-propelled carriages for antiaircraft guns.

Sd.Kfz. 9 Schwerer Zugkraftwagen 18t - (heavy 18 ton half-track vehicle) was the Germans' heaviest half-track vehicle of any type built during the war years. Its main roles were as a prime mover for very heavy towed guns such as the 24 cm Kanone 3, and as a tank recovery vehicle. Approximately 2,700 were produced between 1938 and 1944.