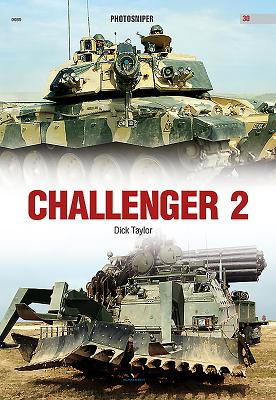 This is book number 30 in the Photosniper series.

The introduction into British army service of the Challenger 2 Main Battle Tank (MBT) was originally intended to take a mere eighteen months from design to production, but in the event, it took something closer to ten years. Why this was so is an important part of the Challenger 2 story, and although on the face of it this might seem to be a clear failure, it actually produced the most thoroughly tested and reliable tank ever to enter service with the Royal Armoured Corps (RAC).

The tank has now been in service for twenty years and can be expected to form part of the British army's inventory - albeit in low numbers - until around 2035, which would make it the longest-serving frontline battle tank ever used by the UK.