Wehrmacht in the Mud (Camera on #19) (Paperback) 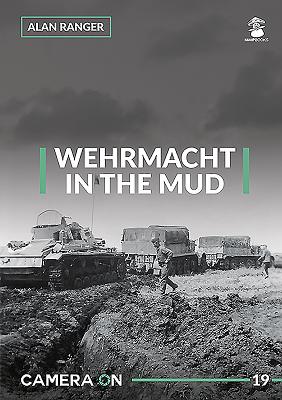 Wehrmacht in the Mud (Camera on #19) (Paperback)

This is book number 19 in the Camera on series.

This new photo album is number 19 in the MMPBooks/Stratus "Camera On" series it is the first to cover such a broad selection of both equipment and vehicles that all have one thing in common the battle against mud. It is estimated that nearly as many vehicles that were destroyed by enemy action were also lost to muddy conditions

This book contains 140+ photographs of German equipment endeavoring to make its way through mud, sometimes with success and sometimes only with help. We show many of the recovery vehicles in operation and the harsh conditions they had to work in. This volume illustrates this battle as the soldiers viewed it as both their work environment and indeed where they had to live, not the highly polished and sanitized views of the official photographers.