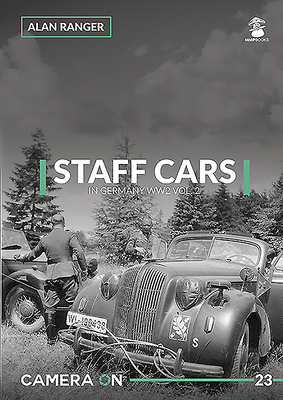 This is book number 23 in the Camera on series.

In the second volume of this publication, the remainder of the Opel motor company major production types are covered that were not covered in volume 1, such as the Opel P-4 that was also used as the basis of many of the pre-war mock-up training tanks used by the German army due to the lack of real tanks to train with. The "Opel Kadett" (cadet), the Opel Supper 6, the "Opel Kapitan" (Captain) and the top of the range, the luxurious Opel Admiral.

In this volume the author provides a detailed impression of these vehicles through original photographs, taken both during and before the war by the normal German soldiers who both used and served with these now classic automobiles.