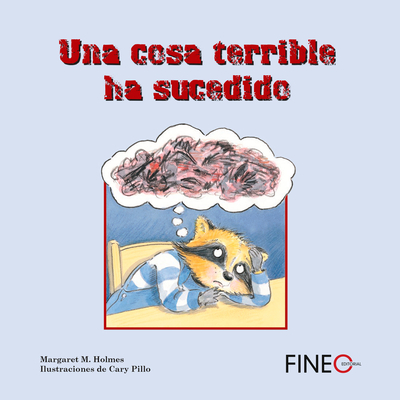 
Not On Our Shelves—Ships in 1-5 Days
Sherman Smith saw the most terrible thing happen. At first, he tried to forget about it, but soon something inside him started to bother him. He felt nervous for no reason. Sometimes his stomach hurt. He had bad dreams. And he started to feel angry and do mean things, which got him in trouble. Then he met Ms. Maple, who helped him talk about the terrible thing that he had tried to forget. Now, Sherman is feeling much better. This gently told and tenderly illustrated story is for children who have witnessed any kind of violent or traumatic episode, including physical abuse, school or gang violence, accidents, homicide, suicide, and natural disasters such as floods or fire.
Margaret M. Holmes writes inspirational and self-help stories for children. In addition to A Terrible Thing Happened, she is the author of Molly's Mom Died, Sam's Dad Died, and Charlie's Brother. Margaret and her husband live near Des Moines, Iowa. Cary Pillo received her fine arts degree from Washington State University and has been an illustrator for some fifteen years. She is the illustrator of several children's books, including Jenny Is Scared! and Tibby Tried It, and her colorful characters appear in many children's magazines as well. She lives in Seattle with her husband and son, and their dog Rocket.