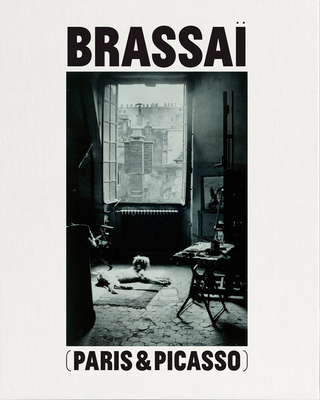 In the 1930s Paris was brimming with life, and Brassa and Picasso were there to make the most of it--Brassa portraying the city's boulevards and gardens, shops and markets, intellectuals and street life, and Picasso galvanizing its art culture with his innovations. The two of them quickly became fast friends. For Brassa (1899-1984), the many contrasts and contradictions of Paris were a source of endless fascination, from its various underworlds to the liveliness of its bohemia. He prolifically documented his numerous artist and writer friends, such as Salvador Dal , Henri Matisse, Alberto Giacometti, Jean Genet--and Picasso, whom he first met in 1932 and whose sculptural work he was the first to photograph.
This volume compiles Brassa 's richly resonant and much-loved black-and-white portraits of this golden era, with a focus throughout on his many images of Picasso at work and at play. It includes a text by Henry Miller that provides a flavor of this astounding era.