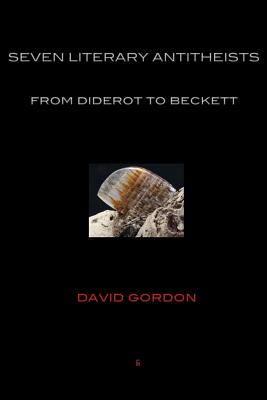 
Not On Our Shelves—Ships in 1-5 Days
(This book cannot be returned.)
David Gordon reminds us that, while the word God is no longer meaningful from a scientific point of view, it continues to denote a resonant myth in our imaginative lives. He directs our attention to those gifted writers (here called "literary antitheists") who combat the presence of this myth in their own minds by finding artistic means to dramatize the resultant conflict. Seven such writers, spanning a 200 year period, are closely studied, their shifting orientation to the God question constituting a progressive narration. Diderot, before the French Revolution, wrestles speculatively with the difficulty of reconciling the godless materialist philosophy he embraced with man's undeniable moral concerns. In the 19th century the matter becomes more urgent. Buechner imagines a connection between human helplessness in the face of history and divine impotence, and Mark Twain satirically links God and man by way of their common cruelty and stupidity. Nietzsche boldly explores the moral difficulties and opportunities of living in a metaphysically formless world, while Hardy broods poetically over the lack of fitness between man and a quasi-anthropomorphic cosmic will. For Stevens in the 20th century God is assumed to be absent, but the need to believe persists, and his work asks how the making of poetry can answer that need. Rounding out the narrative, Beckett understands the nihilism that had alarmed and excited Nietzsche as simply defining the human condition. The lingering old myth is a subject for mockery and can offer us no comfort at all. His response is to invent remarkable ways by which nothingness itself becomes fertile ground for imaginative effort.