Treasures of the Mughals and the Maharajas: The Al Thani Collection (Hardcover) 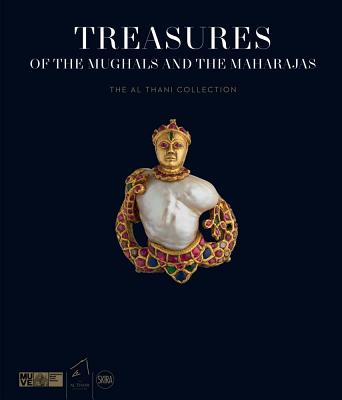 Treasures of the Mughals and the Maharajas: The Al Thani Collection (Hardcover)

Treasures of the Mughals and the Maharajas allows readers to immerse themselves in the jewelry traditions of the Indian subcontinent, from the Mughal period to the modern day. The evolution of gem-setting and jewelry is shown through over 270 exceptional pieces from The Al Thani Collection, together with major works on loan from prestigious institutions and private collections. Famous historic Indian diamonds, spectacular precious objects and legendary pieces of jewelry are brought together to represent the evolution of taste and technique in India's jeweled arts over five centuries.

The book also presents the major developments in Indian jewelry traditions, from the peak of 17th-century Mughal imperial patronage through years of political chaos and colonization from the 18th century onward, to the age of the Durbar, great ceremonies that provided Indian sovereigns with a new setting in which to show off their jewels during the time of the British Raj.