Hildegard Von Bingen: A Journey Into the Images (Hardcover) 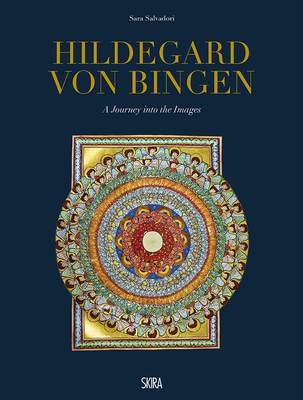 Hildegard Von Bingen: A Journey Into the Images (Hardcover)

The illuminations of Hildegard, multitalented composer, artist, mystic and the great predecessor of Hilma af Klint and Emma Kunz

Before Hilma af Klint and Emma Kunz, there was Hildegard von Bingen (1098-1179)--the German abbess, composer, writer, artist and mystic, who until now was probably best known, in the English-speaking world, for her music and her writings. Von Bingen completed her first visionary work of art around 1152: Scivias, taken from the Latin phrase Sci vias Domini, or "Know the Ways of the Lord." Describing 26 of Hildegard's religious visions in text and a series of 35 miniature illustrations, this series narrates the journey of the humanity in Eve's womb, represented as bright stars, as it joins with the stars in the sky: a possibility offered to each soul, to return back to the Light.

In obedience to the voice of God, von Bingen wrote down her visions in a precious manuscript, with images added to make the story come alive. This volume brings Hildegard's visionary text, in all its dense symbolism and prophetic sweep, alive to contemporary readers. At the core of the book are the manuscript's 35 miniatures, reproduced at their original size alongside an accompanying key. Each element of the images--colors, frames, forms, numbers--was precisely chosen and leads deeper into the meaning of the work; the key decodes these symbols in each image and concisely describes each vision. A text by musician and scholar Sara Salvadori crosses the entire work, highlighting these interlinking details and revealing Hildegard's dense, unified design. This volume presents Hildegard von Bingen's endlessly compelling prophetic text in all its inspired beauty.