Riopelle: In Search of Indigenous Cultures and the Northern Canadian Landscape (Hardcover) 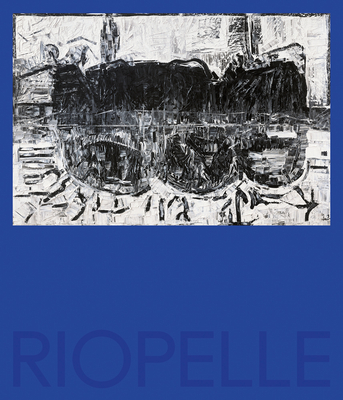 Riopelle: In Search of Indigenous Cultures and the Northern Canadian Landscape (Hardcover)


Special Order—Subject to Availability
This book, published to accompany the exhibition of the same title, explores Jean-Paul Riopelle's interest in northern Canada and his works devoted to this theme. It highlights in particular the wonderful series of paintings he made in the 1970s, including both the works themselves and archival materials that delve into this period when Riopelle was especially energetic. It was a time when he organized a number of trips to the region to fish, hunt, and immerse himself in nature, seeking the communion that was so dear to him. But it was not just the vegetation in northern Canada that attracted Riopelle; the indigenous peoples he encountered were also a source of great inspiration for him. In combination, these two aspects of the land filled his imagination and molded his intellectual and artistic perspective. The reader will become acquainted with his less well known and unpublished works, and follow Riopelle's artistic development as he ranged over the frozen landscapes of the far north and the limitless forests further south, taking stock of the way the natives adapted to their environment. The book emphasizes the fact that Riopelle's oeuvre deliberately kept its distance from works that depicted nature as the defining emblem of the Canadian nation. Rather, the artist was the bearer of a unique personal sensibility that was able to visually evoke that particular territory in a dialog between reality and imagination. The more than 100 works included in the book (paintings, sculptures, prints, and mixed-media works) are part of a narrative consisting of four main sections (Canadian Nordicity as Viewed from Paris; The Experience of the North; Borrowing from the North; The North and Art), whose themes are examined in essays contributed by specialists in relevant fields.