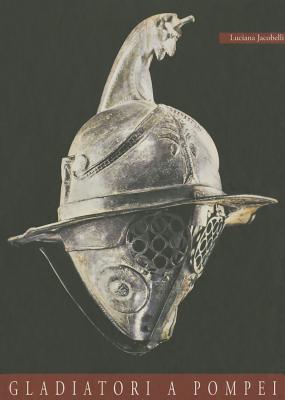 
Special Order—Subject to Availability
(This book cannot be returned.)
The brutal, thrilling world of gladiators was a popular motif in the art of Pompeii, as this informative book demonstrates. Gladiators at Pompeii, illustrated with striking Pompeiian depictions of these ancient combatants, presents a complete picture of the gladiators of the Roman Empire and the highly organized and regulated tournaments in which they competed. Luciana Jacobelli reveals the latest evidence on the best-documented categories of gladiators, their origins, social status, equipment, and training. Originally staged for the funeral rights of prominent Roman citizens, gladiatorial games eventually became a tool for career politicians to both gain popularity and appease the often turbulent masses. While most gladiators were slaves or prisoners of war forced into a career of battle, others were criminals or free men from prominent families who aspired to fame and fortune. Surprisingly, there are even records of women gladiators.
Gladiators at Pompeii offers a riveting account of the lives and exploits of these Roman warriors, who continue to capture and enthrall the popular imagination today.