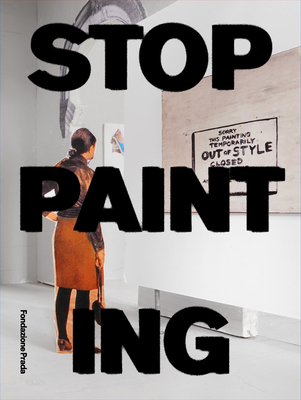 Conceived by artist Peter Fischli for Fondazione Prada's Venice premises, Stop Painting investigates the persistence of painting in the 21st century. Described by Fischli as "a kaleidoscope of repudiated gestures," the project explores five ruptures within the history of painting over the last 150 years.

Painting's first rupture was produced by photography, which led painter Paul Delaroche to exclaim in 1840: "from today, painting is dead." The second crisis is represented by Duchamp's invention of the readymade and collages by the likes of Kurt Schwitters. The third rupture was produced by the interrogations of authorship made famous by Roland Barthes' "death of the author" in 1968; simultaneously, the fourth crisis was the critique of painting as a commodity. The fifth rupture focuses on the crisis of criticism under late capitalism as formulated by Luc Boltanski and Eve Chiapello.