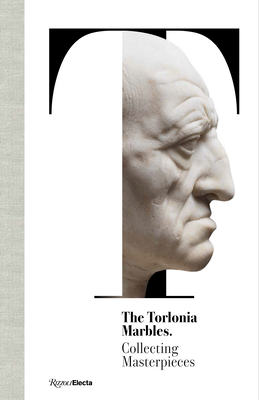 
Special Order—Subject to Availability
A sublime volume about one of the most important collections of ancient marble sculptures in the world, an astonishing private trove largely hidden to scholars and the public until now.

Last published in a nineteenth-century catalog, the distinguished Torlonia Collection of more than 600 priceless Greek and Roman works--marbles and bronzes, reliefs and sarcophagi, depictions of gods, and portraits of emperors--is one of the most important assemblages of classical sculptures still in private hands anywhere in the world. This eagerly awaited volume presents a selection of nearly 100 sculptures, which have been chosen for their quality and historic significance and which will be featured in an unprecedented exhibition designed by David Chipperfield and held in the Villa Caffarelli, near the Musei Capitolini in Rome, before touring globally. The legendary aura surrounding this, Rome's last princely collection, is due not only to its extraordinary scope and the high quality of the works, but also to the fact that the collection has not been available to the public for decades.

This revelatory book features multiple essays by leading experts on the history of the collection and scholarly entries for the works detailing important discoveries made through archaeological research as well as the cleaning and conservation of the sculptures.
Salvatore Settis is the former director of the Getty Research Institute, Los Angeles (1994-99) and of the Scuola Normale Superiore di Pisa (1999-2010), where he also taught classical archaeology and art history. He currently chairs the Scientific Council of the Musée du Louvre and has curated or co-curated a number of exhibitions.
Carlo Gasparri taught archeology and history of Greek and Roman art in the universities of Urbino (1975-90), Viterbo (1990-93) and Naples (1993-2014). He is emeritus professor of the University of Naples Federico II and has authored several books about archeology and Greek and Roman art.
"Inaccessibility fueled its mystique, and the Torlonia Collection became the stuff of legend. After decades of negotiations and false starts, the public will be able to decide whether reality lives up to the myth when 96 statues go on display at the Palazzo Caffarelli, part of the Capitoline Museums here, in March. The exhibition, “The Torlonia Marbles. Collecting Masterpieces,” will be open for a nine-month stint, a prelude to a grand tour." — NEW YORK TIMES

"The Torlonia Collection is one of the most important collections of classical sculpture still in private hands. Only a few people have ever glimpsed the 620 works in storage." —ARTNET.COM