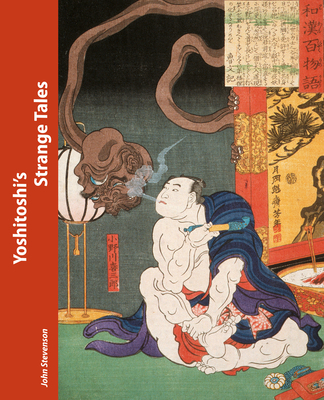 
Backordered
Taisō Yoshitoshi (1839-1892) was fascinated by the supernatural, and some of his best work concerns ghosts, monsters, and charming animal transmutations. Yoshitoshi's strange tales presents two series (with full page illustrations) that focus on his depictions of the weird and magical world of the transformed. The first series is One Hundred Tales of Japan and China (Wakan hyaku monogatari, 1865) and it is based on a game in which people told short scary ghost tales in a darkened room, extinguishing a candle as each tale ended. New Forms of Thirty-six Strange Things (Shinken sanjūrokkaisen) of 1889-92 illustrates stories from Japan's rich heritage of legends in more serene and objective ways.
After graduating from Oxford at the age of twenty, John Stevenson worked in the USA and Nigeria. He lived for twenty years in Asia and has written on several areas of Asian art. He is the author Vietnamese Ceramics: A Separate Tradition; Irrawaddy: Benevolent River of Burma; Masami Teraoka: The Floating World Comes of Age; Japanese Kite Prints and a number of books on the work of Yoshitoshi, including Yoshitoshi's One Hundred Aspects of the Moon. He has served as acting curator of Chinese art at Seattle Art Museum, and now works in book production.