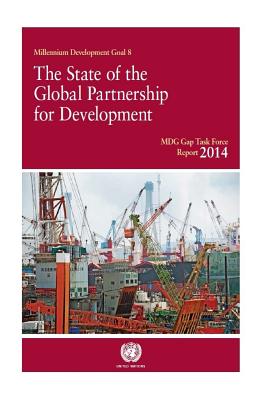 
Not On Our Shelves—Ships in 1-5 Days
(This book cannot be returned.)
The present report was prepared by the MDG Gap Task Force, which was created by the Secretary-General of the United Nations to improve the monitoring of MDG 8 by leveraging inter-agency coordination. More than 30 United Nations entities and other organizations are represented in the Task Force, including the World Bank and the International Monetary Fund, as well as the Organization for Economic Cooperation and Development and the World Trade Organization. The Department of Economic and Social Affairs of the United Nations Secretariat (UN/DESA) and the United Nations Development Programme (UNDP) acted as lead agencies in organizing the work of the Task Force. The coordination was performed by Pingfan Hong, Director, and Keiji Inoue, Economic Affairs Officer, in the Development Policy and Analysis Division of UN/DESA.