In the Shadow of the Devi Kumaon: Of a Land, a People, a Craft (Hardcover) 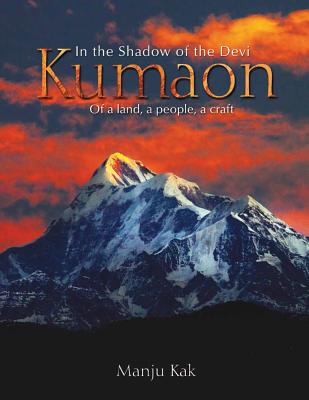 In the Shadow of the Devi Kumaon: Of a Land, a People, a Craft (Hardcover)


Special Order—Subject to Availability
(This book cannot be returned.)
-A one-of-a-kind book which examines in great detail all aspects of life in Kumaon - from ethnography to the environment, and the history, crafts and architecture that characterize the area -Richly illustrated, this book features photographs by renowned Kumaoni photographer Anup Sah, among others; it also includes illustrations & sketches -Meticulously researched over an extended period of time, this book is both informative and accessible, to laypeople interested in the region as well as academics The untamed beauty of the Himalayas immediately captures our collective imagination with visions of serenity, natural splendor and mysticism. But these mountains also dictate the lives of those who live by its laws - the resilient hill dwellers, or paharis, whose work and lives are shaped by their surroundings. In the Shadow of the Devi: Kumaon details the legacy of a land, a people and a craft deeply intertwined with its environment. Manju Kak looks at this enigmatic land of Kumaon through the prism of woodcraft, unique in its aesthetic in this part of India, documenting the styles, influences and techniques used by the craftsmen of Uttarakhand, as well as Kumaoni artisans' worldview and beliefs. In addition, this book is an important document of the life of paharis, as it also discusses communities, forest policy and the status of women, analyzing and unraveling facets of hill life that made Kumaon's claim for statehood so unique. The book is beautifully complemented with photographs by award-winning Kumaoni photographer Anup Sah, among others. It is also a visual delight for those who have an interest in the region. It adds to the existing knowledge on Uttarakhand, emblematic of other Indian hill states, though its focus is on Kumaon, the land that lies in the shadow of the majestic mountain Nanda Devi.
Manju Kak is a writer, critic, scholar and artist. For two decades, through word, image, research and curatorial themes, she has explored the many unique aspects of Himalayan life. This pursuit led her to make the documentary, They Who Walked Mountains (2002). She has edited the book Nicholas Roerich: A Quest & Legacy (2011) and curated an ethnographic exhibition titled Kashmiri Pandits, A Vintage Album: The Making of Modern India (2013). As a painter, her last show to date was Ranikhet State of Mind (2016). Her PhD is in the History of Art from the National Museum, New Delhi. A few of her artworks are in private and public collections in India and Hong Kong. Her short stories have won acclaim. They include First Light in Colonelpura (1992), Requiem for an Unsung Revolutionary (1995) and Just One Life and Other Stories (2015).