India - Searching for the Present in the Past (Paperback) 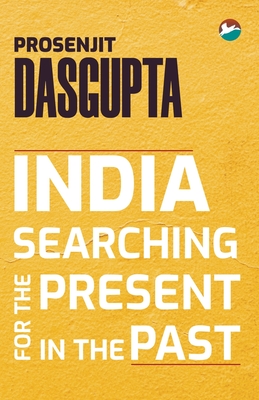 India - Searching for the Present in the Past (Paperback)

India - Searching for the Present in the Past documents summarily the various eras in India's history. It begins with the earliest settlements, when, over time, agriculture, trade and small townships grew up in the Indus Valley Civilization, circa 2500 BCE. The reader is then introduced to a sequence of epochs - from the "Nasadiya Sukta" of the Rigveda, with its discourses on the creation and beginning of life on earth, to the Upanishads, which sought to find the meaning and truth in life, followed by the Great Epics and the Bhagavad Gita.

The lives of great teachers such as Gautama Buddha and Bhagavan Mahavira, who brought about intense intellectual and social change, whose influence can be felt even today are discussed; as are the periods of the great dynasties, such as the Mauryas, the Cholas and the Chalukyas. By the 13th century, Muslims had come to rule over large parts of India, giving way to the British by the 18th century, until India began to move towards self-determination and freedom, beginning in the mid-19th century. The book recounts these periods, up to the "present", and the social and political aspects that can be witnessed in the modern era. It is hoped that the book will encourage a wider public engagement with the issues discussed therein.